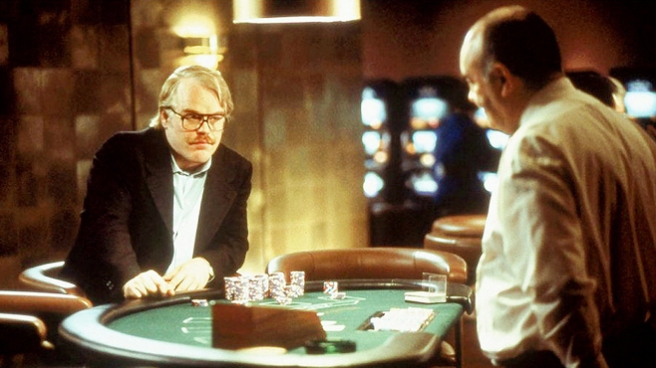 Jen Matesa pushes back against some of the commentary framing Philip Seymour Hoffman’s attempt to re-establish his recovery through a 12 step program as a product of stigma. (This, in spite of the fact that he had previously maintained recovery using this path for 23 years.)

I find it astonishingly patronizing that some are suggesting that public prejudice against maintenance killed Hoffman. Hoffman was an extraordinarily intelligent, articulate, “highly motivated” man and consummate professional whose work, he said, required him to be extremely introspective and emotionally present. I find it hard to believe he would be so easily swayed by public opinion about his choices.

I can more easily see him protecting his ability to work.

To act with the depth of feeling and nuance that he managed required full use of his entire internal emotional range. And opioid medications—including buprenorphine—necessarily dull one’s range of feeling.

I think it’s more reasonable to suggest that Hoffman tried bupe and found that, while taking it, he couldn’t access his feelings to the degree to which he’d become accustomed.

Jacob Bacharach offers another angle on the coverage.

He lost a brother to addiction and is appalled by coverage that has fetishized (my word, not his) Philip Seymour Hoffman’s addiction. It’s as if some of these writers derive vicarious pleasure or excitement from actors like this because of some self-indulgent notion that they bring us face to face with the heart of darkness.

I don’t suggest that we turn away from the circumstances of death—the opposite of pornography is a prudish sterility that’s equally awful. But if George Clooney died of prostate cancer, would we take the occasion to make it a reflection on the type of roles he chose? It is one thing to learn to gaze without flinching at the cause of a man’s death, another entirely to treat his illness as a mere foible of his eccentric genius. Hoffman had a family. They knew, or they did not know, the extent and late stage of his disease, but what consolation is it to them, or to anyone who knew him, for a stranger to offer his sickness as a slick metaphor for his professional artistry, a cheap window-dressing on his soul? An actor’s art is doubtlessly informed by his person and his inner being, and Hoffman doubtlessly drew on his own sense and memory of darkness in performing it, but he was a great actor not because of his addiction, but in spite of it, and he did not die because he was a genius, but because he was a man—all of us have our end, but none of us deserves it.