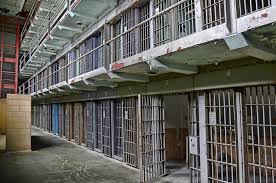 Keith Humphreys points out a common misconception about incarceration rates related to drugs.

Over the past few months, I have given some talks about public policies that could reduce the extraordinary number of Americans who are in state or federal prison. The audiences in every case were blessedly bright and engaged. Yet they also had a broadly shared misunderstanding about how two drugs are related to the U.S. rate of imprisonment.

At each talk an audience member expressed the view that over-incarceration would drastically diminish soon because states were now legalizing marijuana. I responded by asking everyone present to shout out their estimate of what proportion of people currently in a state or federal prison were serving time for a marijuana-related offense. The modal answer across audiences was around one third, which explains the shocked looks that greeted my pointing out that even under the most liberal possible definition of a marijuana-linked incarceration (e.g., counting a marijuana trafficker with 10 other felony convictions as being in prison solely due to marijuana’s illegality), not even 1% of the U.S. prison population would be so classified.

Not wanting to discourage people, I said that there was a different drug that was responsible for many times as many imprisonments as marijuana and for which we could implement much better public policies. I then asked people to guess which drug it was. Give it a try yourself (answer after the jump).

It’s alcohol. People at my talks guessed every illegal drug imaginable but not alcohol, which for cultural, commercial and political reasons is not generally thought of as a drug, even though chemically that’s exactly what it is.

Police make more arrests related to the drug alcohol than they do for every other drug combined. Sizable proportions of people who commit homicide, rape, simple assault, aggravated assault and robbery are drunk at the time. And as everyone knows, alcohol is also a leading cause of vehicular manslaughter.

Why is this fact invisible in our culture?

This is not an argument for locking people up for possession, but it’s clear that legalizing a drug doesn’t end a drug problem. And, one has to wonder, how many of these harms would be reduced if alcohol weren’t a celebrated, legal drug.

via The Link Between Overcrowded Prisons and a Certain Drug.