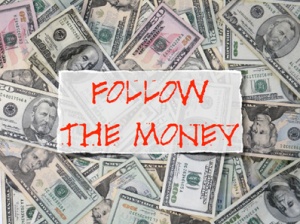 Hmmm. All is not well with the manufacturer of Suboxone.

Reckitt Benckiser’s offices in Richmond, Va., were raided by a team of IRS and Office of Inspector General (OIG) agents on December  3rd.

No one is saying what the feds are investigating, but here is some legal analysis.

The search warrant, which company officials say was issued from the U.S. Attorney’s Office for the District of Western Virginia, is a stunning development.  When the Government decides to investigate a company, the normal practice is to issue a lengthy subpoena identifying the records it wants the company to produce.  With the assistance of outside counsel, the company produces the records on a rolling basis and, at some point, there is a negotiated settlement involving civil and sometimes criminal charges.

On the other hand, a search warrant is normally issued and executed only when the prospective charges are quite serious and, more importantly, when the Government strongly suspects that records may be destroyed and simply can’t trust the company to comply with the subpoena.  Although we can’t speculate on the criminal charges the Government may be contemplating, we can be fairly certain that Reckitt and at least a few of its executives are facing some tough times ahead.