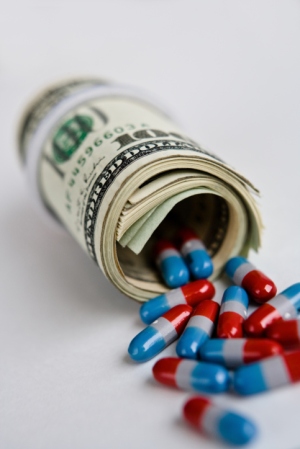 A leading Democratic senator is investigating the nation’s top opioid manufacturers to determine whether they contributed to overuse of the painkillers at the center of a deadly addiction crisis that has led to nearly 200,000 overdose deaths in the past 15 years.

McCaskill’s letters to Purdue Pharma, Johnson & Johnson’s Janssen Pharmaceuticals, Insys Therapeutics, Mylan and Depomed specifically ask for information about any payments the companies made to 17 third-party advocacy groups — including the Pain Care Forum, a little-known but powerful coalition of drug companies and nonprofit groups highlighted in the Politics of Pain series.

At least 13 of the other advocacy groups mentioned in her letters have belonged to that coalition organized by the chief lobbyist for OxyContin-maker Purdue Pharma, according to the Center for Public Integrity and AP’s review of its membership directories.

The AP/Center for Public Integrity series found that members of the Pain Care Forum met with some of the highest-ranking health officials in the federal government, while quietly working to influence proposed regulations on opioids and promote legislation and reports on the problem of untreated pain.

President Trump will soon sign an executive order that creates a commission to tackle the opioid epidemic and has reportedly put New Jersey Gov. Chris Christie in charge of it.

Christie is a strong choice, given that just this February, he signed into law one of the nation’s most comprehensive laws to combat the growing opioid and heroin crisis.

New Jersey’s law reduces the supply of drugs that patients getting their first opioid prescription can obtain from 30 days to five days, which as research has shown plays a huge role in whether a person gets hooked. It also will require doctors to talk to patients about how addictive the drugs are. For addicts whose doctors have recommended treatment, the law also mandates that insurers offer 180 days of coverage without preauthorization.