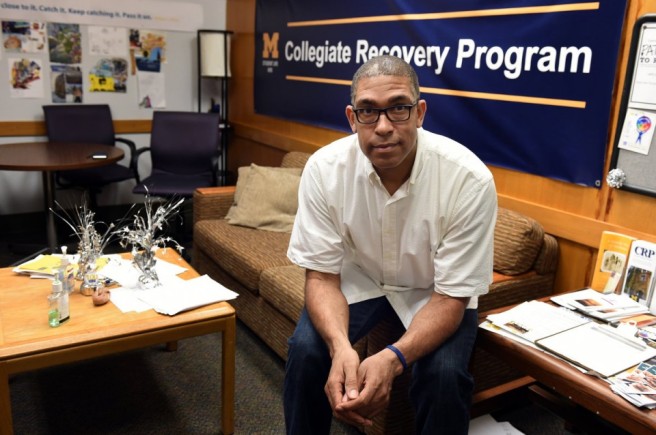 The last time John Worthy attended a graduation ceremony with his daughter in 2007, he was in a much different place than he’ll be when the two reunite as he receives his master’s degree in social work from the University of Michigan.

Mired in a world revolved around drugs and alcohol and dealing with the aftermath of his third drug-related criminal charge, Worthy recalls a phone conversation with Sasha, who had moved to Atlanta with her mother – a watershed moment that convinced him to get clean.

“One day during (my daughter Sasha’s) senior year she called and asked if I was going to be able to attend her graduation,” said Worthy, who was 38 at the time. “I found that to be troubling that she asked me. The more I thought about it, I couldn’t determine if she asked me because she was afraid that I wasn’t (going) or afraid that I was. I really began to think about her and what impact all of this stuff had on her.”

Moments like that phone conversation are how Worthy measures his progress in recovery from drugs and alcohol in the years that followed as “symbols of change.”

One thought on “A great guy with a great story”