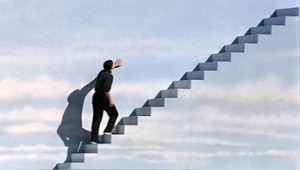 Here’s a rundown of a few recent positive articles about 12 step recovery.

Last April, the Atlantic published a feature-length takedown of America’s longest-standing mutual-aid fellowship. “The False Gospel of Alcoholics Anonymous” was the work of Gabrielle Glaser, who delivered the bad news in dry and dismal statistics. According to modern studies, AA’s success rate is between 5 and 8 percent. Glaser claimed she was surprised by the numbers (“I assumed as a journalist that AA worked”), though the article betrayed a longstanding skepticism. Over the past few years, Glaser has been advancing the message in major news organs that twelve-step programs are bad for everyone, including women (Wall Street Journal), teenagers (New York Times), heroin addicts (Daily Beast), South Africans (Marie Claire) and doctors (Daily Beast again). But at eight thousand words, the Atlantic article was longer and received far more attention than her earlier publications. It also offered the most complete formulation of her case. “The problem is that nothing about the 12-step approach draws on modern science,” Glaser wrote, “not the character building, not the tough love, not the 28-day rehab stay.” If alcoholism is truly a disease, why is the default treatment a spiritually oriented support group run by nonprofessionals?

Addiction has long been medicine’s unwanted stepchild. Doctors didn’t understand it, didn’t know how to treat it and felt helpless in the face of the wreckage it brought to their patients’ lives. As a result, while providers addressed the consequences of addiction — endocarditis, liver failure, seizures, overdose — they rarely treated the disease itself. That mysterious task has been left to others: counselors, peers in recovery and 12-step programs.

Third, Tori Utley examines criticism of AA in the media:

In recent years, reports of the failures of Alcoholics Anonymous have continued, challenging the foundational programming of the 12 steps. With the majority of treatment programs being based on the methodology founded initially in the 1930s by Bill Wilson and Dr. Bob Smith in Akron, Ohio, many wonder why these programs are still followed and why we put any confidence in 12-step programs at all.

With conflict about the issue surfacing in the medical and clinical communities, numerous sources have arose to dispute the 12-step methodology.

2 thoughts on “3 recent articles about AA”