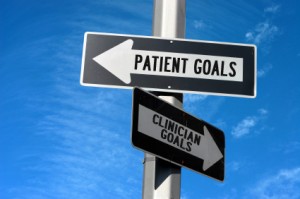 DJ Mac provides an important review of a couple of recent studies look at what Scottish treatment seekers want and how they and their families define success.

He summarizes their findings this way:

On abstinence: “Many felt that stopping substance use was a prerequisite of effective treatment and created a virtuous circle of feeling better, which in turn helped to motivate more effort to make change.”

On ORT: “The use of medication, such as methadone, was discussed and especially so in the court mandated rehabilitation group. It was felt that substitute prescriptions masked the problem and were simply a parallel addiction…The use of methadone can support an individual in a controlled and managed way. It can also reduce the risk of injecting behaviour. However, SUs felt that even with these benefits, their end goal was to be free of heroin and any substitute drugs.”

The researchers found dramatic improvements in health and that these “naturally happened with abstinence.” Service users found structure and activity important when recovering from addiction, relationships improved, but at the same time they had to let go of using and drinking friends. Participants also developed coping skills to deal with cravings.

He bottom lines the findings this way:

“Broadly speaking, the desired goal is abstinence from psychoactive substances. A second tranche of outcomes are about achieving changes that maintain the abstinence goal. A third tranche, and seen rather as a bonus, were the positive benefits of abstinence, for example, improved health. We believe that practitioners will find it helpful to be mindful of the ‘being better’ goals while recognising that the day to day business of therapy often means negotiating small steps along the way to the desired goal.”

The DORIS study reported shockingly low levels of abstinence in treatment services in Scotland. I think we are doing better now than ten years ago, but we need to do better still. Here’s the main sentence in the paper that stands out for me; the one that captures  the essence of the study in a nutshell.

“In general, it is fair to say that SUs [Service Users] look for tough criteria to define ‘being better’ – perhaps tougher than their practitioners.”

So how are we going to respond?

Of course, this study was in Scotland, but I suspect that the findings would be very similar in the U.S.

We give a lot of lip service to being client centered. But, when we see high drop-out rates for medication assisted treatment, researchers and prescribers seem to view this as noncompliance and an expression of a desire to relapse or the poor judgement of an impaired mind.

Maybe this an expression of a goal that exceeds the hopes and expectations of the helper?