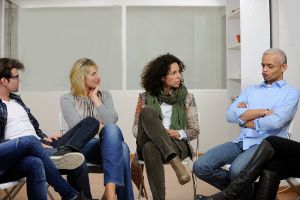 DJ Mac provides an outstanding summary of a recently published study on the pre-treatment and early treatment behavior of outpatient addiction treatment patients and their outcomes.

He starts with this finding:

The folk who tested negative for drugs early on didn’t seem to have worse drug problems, but they did have better mental and physical health and they were less likely to use more than one drug. There was a high level of agreement between what the clients told the researchers about their drug and alcohol use and what urine testing showed. The thing that caught my attention was that the patients evidencing abstinence also had much higher attendance rates at 12-step mutual aid groups.

And concludes with these observations:

There are three challenges for treatment services around this research. The first is that not every service has mutual aid on its radar. Even now with stackloads of evidence, there is still not enough awareness of its value. The second is that there is still some prejudice against 12-step groups. You don’t have to look too far to find it. And the third is that while the importance of mutual aid might be recognised in an increasing number of places, we are not very good at building bridges from treatment to mutual aid.

Read the rest of the post here and bookmark his new site. You’ll be glad you did.