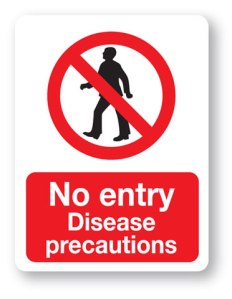 The British Psychological Society posted about a study of how labeling obesity a disease influenced behavior:

The good news is that the AMA is right to celebrate the benefits that it has already touted; labelling obesity as a disease, in the experimental group, did lead obese participants to report higher levels of self-esteem and body satisfaction.

The bad news, however, is that this decision might have serious consequences for the public health goal of actually reducing the obesity rate. In both studies, obese participants opted for sandwiches with significantly more calories when they received the “obesity-is-a-disease” message than when they received either the standard information-based message or the “obesity-isn’t-a-disease” message.

Unfortunately, it is the very thing that makes the “disease” message desirable that also makes it a curse. Yes, treating obesity like a disease can help reduce stigma, increase body satisfaction, and aid self-esteem. Yet it is precisely these things that can undermine actual goal pursuit – in both studies, lower levels of weight-related concern and higher levels of body satisfaction actually predicted higher calorie preferences in obese participants (though the messages had no effect on the lunch preferences for the average weight individuals).

Intuitively, this makes sense. If you’re satisfied with yourself, what motivation is there to pursue any goals that involve personal change? This fits into a long history of literature on goal pursuit, which states that emotions and perceived discrepancies between “actual” and “ideal” or “ought” selves are the driving forces underlying motivation and goal pursuit. It’s not particularly hard to see why the labeling of obesity as a “disease,” which decreases perceptions of controllability or stigma, would increase obese individuals’ levels of body satisfaction – and it’s not particularly surprising to see why that could manifest in poorer nutritional choices.

What I find interesting here is that was very often see a very different phenomena when we talk about addiction as a disease.

We also see their self-esteem improve. Addicts tend to construct narratives to explain their behavior in their addiction and these narratives tend to be organized around character based explanations–“I must not love my kids as much as I thought”, “I’m weak”, “I’m a loser”, “I’m lazy”, “I’m bad”, “I was born a liar”, etc. The disease model offers a different and much less stigmatizing narrative.

However, this seems to increase motivation to change rather than undermine it.

Another study I posted about a while back offers a possible explanation. Accepting addiction as a disease offers a pro-change group identity.

These researchers studied a group of men and women, all of whom were attending Alcoholics Anonymous (AA) and/or Narcotics Anonymous (NA) groups. They then divided this group further based on how much each individual identified themselves with the phrase recovering alcoholic (or addict) versus simply an alcoholic (or addict). These two identities were measured by how strongly (on a scale of one to seven) each participant endorsed statements such as “Being an AA (NA) member is a central part of who I am,” and “I would describe myself as an AA (NA) member.” The higher the score, the more the individual’s identity was as a recovering alcoholic or addict.

The researchers then assessed each participant for their self-efficacy, which is measured by having them respond (again on a scale of one to seven) to statements such as: “I can remain abstinent,” and “I can manage my addiction.” Again, the higher the score, the more the individual experiences self-efficacy.

So, is it really stigmatizing these days to identify yourself as a recovering alcoholic or addict? The evidence suggests that, to the contrary, coming to the point where an individual is able to embrace that identity can help to solidify his or her recovery. It most likely makes it easier for those individuals to “get active” in one fellowship or another, as opposed to having a more tepid identity with those who they see at meetings.

I’ve posted recently on how traditional medical treatment often puts the patient in the role of a passive recipient of care. I believe that addiction treatment is in danger of lurching in this direction and that this is a major failure in our response to the chronic disease burden.

Here are a couple of previous posts on the subject.

“Once I became my diagnosis, there was no one left to recover.” 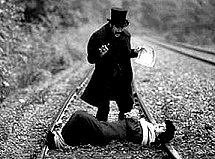 Holy cow! This really captures something very important! It articulates what concerns me most about the rush to diagnosis for people in early recovery. It’s much less any intellectual concern, concern that a medication might be unhelpful or some concern about purity of addiction—it’s the black hole that this identity issue can easily become.

Remembering who we are isn’t as easy as it might sound. Once we receive a diagnosis, it often becomes the primary focus of our identity. It can become the lens that we see ourselves through. Our new label can overshadow the depth and breadth of who we are as people. To make matters worse, most of those around us started relating to us as though we’d turned into a diagnosis. They ask us about our medication and if we’re taking it; how we’re taking it; how we feel about taking it; how long we’ve taken it. They ask us what other medications we’ve taken; how long we’ve been ill; how many times we’ve been hospitalized, homeless, in jail, on drugs, and so on. In other words, those around us start seeing only the parts of us that aren’t working too well. Guess what? This often causes us to only see that part of ourselves too, and pretty soon we have trouble remembering who we are as a person. We join the club and start to see ourselves as a diagnosis too. One of our colleagues put it this way: “Once I became my diagnosis, there was no one left to recover.” She really captured the essence of the problem in that statement. The more we settle into the identity, the more we forget who we really are. Now the good news is that that person, the one that’s really us, is still inside us all along, buried under layers of diagnoses, medications, victim stories, hopelessness and helplessness.

This identity also seems to have a special pull for many addicts. Why is this narrative of their difficulties preferable to an addiction narrative? I’m sure there is no one reason, but this strikes me as important:

“I heard them say, “It’s your job to recover.” I thought, “No! It’s not my job. It’s your job. You’re supposed to fix me.” I was in total shock. I’d been led to believe that I had no role in getting better and I was waiting to be fixed by someone else. Learning that it was my job was very scary…

When one feels utterly powerless, hopeless and terrified, maybe an identity that offers a more passive path is more attractive?

Identity plays a huge role in addiction recovery and I know that troubles some people (professionals and lay people), but much of the recovery movement seems to have avoided this trap. Why? Is it because 12 step recovery demands the active participation of the addict? I say 12 step recovery because this also seems to capture much of what is wrong with methadone treatment in the US.
======================

The White Noise had a post on identity and addiction. The blogger ends up expressing some discomfort with the way many recovering addicts make their addiction and recovery so central to their identity:

I have mixed feelings on AA. I believe in camaraderie and community in times of strain and crisis. I believe in cultivating the knowledge that addiction is not character weakness. However, I’m not so sure as to the continual efficacy of defining oneself as an addict day in and day out. As much as it’s all-consuming, it’s a facet of life, not a definition of being. Does it take this definition to cope?

People who have had a heart attack or been diagnosed with type 2 diabetes and change their activity levels and diets often make this part of their identity and a very important part of their life narrative.

They also often go through some developmental stages with this where they can go through periods of being pretty obnoxious–”Do you know how many calories are in that?” and “You should start working out, you’ll love it. I swear. I was just like you! You need to do it!” They often find a little more balance over the years that follow. However, when we’re talking about lifestyle changes that we want to sustain over a period of decades, isn’t an identity shift going to be an important maintenance strategy for many, if not most, people? Isn’t easier to maintain a behavior when it’s not just something we do, but, rather, who we are?

“Once I became my diagnosis, there was no one left to recover.”

I think this might get at what some people, like the White Noise blogger, fear when they hear people making addiction and recovery central to their identity. I guess the question is whether they organize important parts of their identity around their addiction or their recovery.

2 thoughts on “Is calling it a disease disabling?”