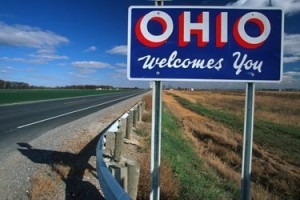 I’m traveling in Ohio today and recently noticed that Ohio is attempting considerable legislative action to address drug problems in the state.

From the Toledo Blade:

Ohio now provides drug treatment for only 1 in 10 people who need it, and the bills do little to close the gap. Only House Bill 369, sponsored by state Rep. Robert Sprague (R., Findlay), focuses on treatment, allocating more than $180 million for housing and caseworkers. That’s a prudent investment, as Ohio’s opioid epidemic generates more than $3 billion a year in medical, productivity, treatment, and other social costs, the Children’s Safety Network reports.

By contrast, House Bills 332 and 378 would create onerous regulations for doctors and patients. Overprescribing is best handled by oversight, education, and regulations that recognize that each patient is unique. And prescriptions for dangerously high levels of opioids dropped more than 40 percent between 2011 and 2013, said Eric Wandersleben of the state Department of Mental Health and Addiction Services.

A column in today’s Blade by Deputy Editorial Page Editor Jeff Gerritt shows how Ohio’s opioid epidemic affects everyone. “This is one of the most important public health crises the state has ever faced,” Orman Hall, the director of Gov. John Kasich’s Cabinet Opiate Action Team, told The Blade’s editorial page.

Despite their shortcomings, most of the opioid bills have merit and should move to Mr. Kasich’s desk without undue delay. We urge readers to get to know these bills and pressure their lawmakers to act:

House Bill 314 (Yes): Prevents prescribing opioids to minors without the consent of a parent or guardian except in medical emergencies, surgeries, or cases that endanger the child. Discussions about addiction would further public education. The House has passed this bill.

House Bill 367 (Yes): Requires school districts to include prescription opioid abuse in health curricula. The Governor’s Opiate Action Team would develop recommendations for instruction and submit them to the Ohio Department of Education. The state’s “Start Talking!” campaign has shown that education aimed at young people can change behavior; recent surveys measure significant drops in the number of young people who use painkillers without a prescription.

Such support would greatly improve recovery rates. Medicaid savings would pay for these programs, which are far more important to Ohio than enacting yet another regressive income tax cut. The bill cleared the House last week.

House Bill 359 (Yes): Orders prescribers to provide simple, one-page fact sheets to patients who get opioid prescriptions. Developed by the state, the information sheets would educate consumers about the dangers of addiction.

House Bill 381 (Yes, with an amendment): Requires acceptable identification when people pick up prescriptions for controlled substances, decreasing the risk of diversion. This bill needs to be amended to recognize offender release cards for those who leave prison without a driver’s license or other state identification. The bill’s sponsor, Rep. Barbara Sears (R., Monclova Township), told The Blade’s editorial page that she would make that change.

House Bill 363 (Yes): Provides immunity from arrest and prosecution for minor drug offenses to people who help an overdose victim. This bill could save lives by encouraging people to call 911, contact a police officer, or transport a person to a hospital.

House Bill 315 (Yes): Requires hospitals to report to the Ohio Department of Health the number of newborns diagnosed as opioid-dependent. The data will help the state measure progress against addiction. The quarterly reports will not include patient identifying information. The governor signed the bill on Thursday.

Last year, 43,000 medical professionals wrote prescriptions, but only 20,500 are signed up for OARRS. Expanded use of OARRS would help prevent doctor-shopping for multiple prescriptions.

House Bill 366 (Yes): Requires hospice providers to establish policies and procedures to prevent diversion of opioids, including the disposal of drugs no longer needed by patients. The House has approved the bill.

House Bill 378 (No): Requires anyone who gets medication-assisted treatment, such as Suboxone or methadone, to take part in behavioral counseling or other programs. In general, coupling counseling with medications that ease withdrawal pains is a sound practice. Most public treatment centers already follow it.

Requiring therapy in all cases, however — whether a physician deems it necessary or not — could discourage medication-assisted treatment, push addicts back to using illicit drugs such as heroin, and increase the risk of overdoses.

House Bill 332 (No): Requires health-care professionals, before they prescribe opioids for chronic, noncancer patients, to send those patients to a pain-management specialist to evaluate other treatment options. Such specialists are already overbooked. This bill over-regulates physicians and patients, especially when voluntary guidelines issued by the state in 2012 and 2013 on the use of prescription opioids appear to be working.

The bill would also require prescribers to conduct random drug tests during treatment and make another referral to a pain-management or substance-abuse specialist if patients seek higher doses.

House Bill 92 (Yes): Authorizes local boards of health to establish needle-exchange programs for injection drug users. Such programs not only save lives by reducing the spread of HIV, hepatitis C, and other infections, but also get clients into treatment by referring them to local drug and mental health programs. The House has passed this plan.

Overall, these bills represent a good first step. But Ohio needs to do much more to end an opioid epidemic that kills hundreds of people every year, has addicted more than 200,000 Ohioans, and exacts billions of dollars in collateral costs to the entire state.

Reasonable people can disagree on the merits of each bill, but I wish we were seeing this kind of attention to drug-related problems in Michigan.