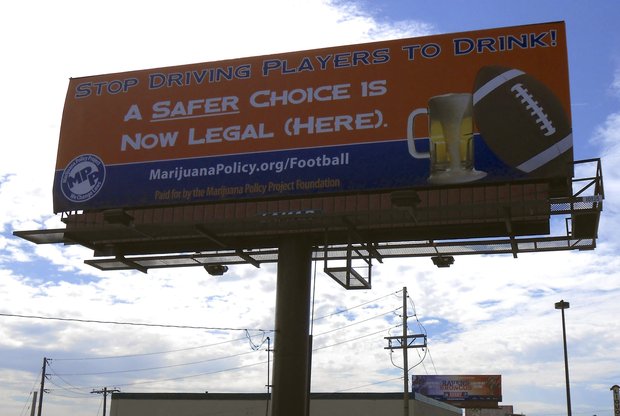 Since Jan. 1, it has been legal to buy and use marijuana in Colorado, but it’s illegal for players under the NFL’s collective bargaining agreement. In September, the Marijuana Policy Project, a pro-legalization group, placed a billboard outside Denver’s Sports Authority Field at Mile High, calling on the league to stop punishing players for using pot.