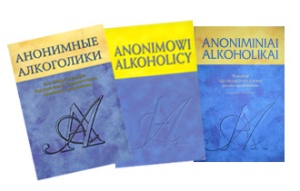 The scale of the alcohol problem in Russia is stunning:

Today, according to the World Health Organization, one in five men in the Russia Federation die due to alcohol-related causes, compared with 6.2 percent of all men globally. In 2000, in her article “First Steps: AA and Alcoholism in Russia,”Patricia Critchlow estimated that some 20 million Russians are alcoholics in a nation of just 144 million.

They have tried to address it several times, but their efforts have been political pressure to maintain alcohol tax revenues. (Is there a lesson to be learned for advocates of propping up state budgets with marijuana tax revenues?)

The Russian government has repeatedly tried to combat the problem, but to little avail: this includes four reforms prior to 1917, and larger scale measures taken during the Soviet period in 1958, 1972, and 1985. “After each drastically stepped-up anti-alcohol campaign, [Russian] society found itself faced with an even greater spread of drunkenness and alcoholism,” explains G.G. Zaigraev, professor of Sociological Sciences and Head Science Associate of the Institute of Sociology at the Russian Academy of Sciences. The Kremlin’s own addiction to liquor revenues has overturned many efforts to wean Russians from the snifter: Ivan the Terrible encouraged his subjects to drink their last kopecks away in state-owned taverns to help pad the emperor’s purse. Before Mikhail Gorbachev rose to power in the 1980s, Soviet leaders welcomed alcohol sales as a source of state revenue and did not view heavy drinking as a significant social problem. In 2010, Russia’s finance minister, Aleksei L. Kudrin, explained that the best thing Russians can do to help, “the country’s flaccid national economy was to smoke and drink more, thereby paying more in taxes.”