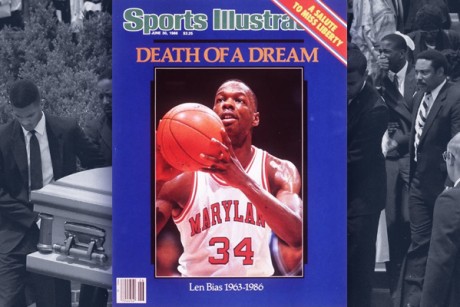 I recently listened to an interview with a comedian who grew up in Washington DC at the height of the crack epidemic. It’s a too rare inside perspective from someone inside a community ravaged by crack:

GROSS: So how did the crack epidemic affect your neighborhood?

THURSTON: It was – I think the first thing I remember was not being…

GROSS: And do you know one of the reasons why I’m so interested? I remember like during the height of the crack epidemic, like always thinking what’s it like for the kids who are growing up in this, you know, and like now we can talk to the kids because they’re adults and find out, you know?

THURSTON: Exactly. Let me – I remember not being able to go outside. I remember specifically not being allowed to sit on our front stoop. And on the weekends I used to sometimes sit on the stoop and eat breakfast outside, especially in the summertime. We didn’t have air conditioning, it’s hot, it’s a nice day.

And there was a period of time when that was no longer allowed. I remember not playing outside as much and being told go to so-and-so’s house but stay inside, there’s a sort of captivity. And I also have a very particular memory of watching some of my friends walk down that road that I didn’t walk down.

And there was a family of brothers who lived across the street from us, and there may – there were at least three of them, I’m pretty sure there were four, and you could just watch them almost like that image of evolution, which shows kind of a hunched-over ape evolving into man.

You could watch the older brother get into the drug business, and then the next one and the next one and then the youngest one, and it was just – that was the pattern established. And I remember when those guys used to deliver pizza for Domino’s, and that was their way of making money, and that was their job, and they had rigged up a lawnmower engine to their 10-speed bikes to turn them into motorcycles and would zip down 16th Street – I lived at 16th and Newton – and I thought that was so cool.

And then I remember when those same kids set up a lemonade stand. And then I remember when their jackets got nicer, their boots got nicer, and they were selling drugs. And that was a – I don’t know, such a strong memory in my head of, well, they used to that, and now they do this. And I used to be able to do this, and now I can’t do that. Those are some of the effects I remember kind of growing up in a neighborhood that was being corrupted and poisoned by crack cocaine.

GROSS: In seventh grade, you moved to a different neighborhood.

THURSTON: Yeah, the end of seventh grade, we moved out of northwest Washington, D.C., to Tacoma Park, Maryland. And essentially it had become too much for my mother, and I think it was very stressful for her raising me. She was raising me alone. So she was working a lot of hours to pay for all these things, including private school at the time.

And I was pretty cool with it because, again, as a kid, whatever you grow up in feels normal. So this is where my friends are, this is the neighborhood I know. I’m not feeling so dramatic about the situation. But as a parent, you’re probably just seeing risk, risk, risk, risk, risk – everywhere.

Because of the terrible disparate impact of the drug war on black men and the irrationality of the 100-to-1 sentencing ratio, it’s become received wisdom among many that the motivations for the war on drugs were racism and pleasure-policing moral panic. It’s easy to forget that the same communities now suffering from those high incarceration rates were undergoing a rapid and frightening transformation during the crack epidemic. The parents in those communities wanted to protect their children and reclaim their neighborhoods.

The Anti-Drug Abuse Act of 1986 (the law that created the 100:1 sentencing ratio) enjoyed strong support from the Congressional Black Caucus:

Go check the Congressional Record: in 1986, when the federal crack law was debated, the Congressional Black Caucus (CBC) supported it, and some CBC members pressed for even harsher penalties. A few years earlier it was CBC members and other Democrats in Congress who pushed President Reagan, against his considered judgment, to create the Office of National Drug Control Policy (better known as the drug czar’s office).

That said, I have little doubt that we would have abandoned this failed policy years ago if we were incarcerating young white men in enormous numbers.

I have no idea what Baratunde Thurston‘s opinion is of the drug war, but his life experience challenges that assumption that the architects of the drug war were simply malevolent and/or stupid.

I’m no fan of the drug war and I believe that we should abandon incarceration for use or possession of quantities consistent with personal use. It brings to mind a fallacy I recently heard of, Chesterton’s Fence:

In the matter of reforming things, as distinct from deforming them, there is one plain and simple principle; a principle which will probably be called a paradox. There exists in such a case a certain institution or law; let us say, for the sake of simplicity, a fence or gate erected across a road. The more modern type of reformer goes gaily up to it and says, “I don’t see the use of this; let us clear it away.” To which the more intelligent type of reformer will do well to answer: “If you don’t see the use of it, I certainly won’t let you clear it away. Go away and think. Then, when you can come back and tell me that you do see the use of it, I may allow you to destroy it.”

This paradox rests on the most elementary common sense. The gate or fence did not grow there. It was not set up by somnambulists who built it in their sleep. It is highly improbable that it was put there by escaped lunatics who were for some reason loose in the street. Some person had some reason for thinking it would be a good thing for somebody. And until we know what the reason was, we really cannot judge whether the reason was reasonable. It is extremely probable that we have overlooked some whole aspect of the question, if something set up by human beings like ourselves seems to be entirely meaningless and mysterious. There are reformers who get over this difficulty by assuming that all their fathers were fools; but if that be so, we can only say that folly appears to be a hereditary disease. But the truth is that nobody has any business to destroy a social institution until he has really seen it as an historical institution. If he knows how it arose, and what purposes it was supposed to serve, he may really be able to say that they were bad purposes, that they have since become bad purposes, or that they are purposes which are no longer served. But if he simply stares at the thing as a senseless monstrosity that has somehow sprung up in his path, it is he and not the traditionalist who is suffering from an illusion.