We need to be really careful as medical marijuana and legalization of cannabis becomes more prevalent. We must protect our children from marketing efforts that encourage them to use drugs, including cannabis.

Before I start, I want to emphasize that I do not believe that cannabis is a demon drug and will readily acknowledge that of all addictive drugs – which cannabis is factually categorized as, it has a low addiction potential, probably lower than alcohol. Casual users can use it without much consequence. This does not bother me in the least and I am not in the prohibition camp. I would emphasis that nor am I in the panacea camp that sees cannabis as a harmless substance that cures everything that ails us.

Cannabis is a drug, and like most any drug it has benefits and risks.  But it is also true, that like any drug like alcohol and tobacco that marketed for recreational use, a small portion of the users are responsible for the majority of sales. They are likely addicted, and this is the market for these products.

Also like these drugs, companies that market their products have long attempted to market to children as children are more susceptible to addiction than adults. This is due to brain maturation, which make young people more vulnerable to become addicted. Tobacco and alcohol companies have long known this and often use deceptive marketing campaigns or products that will appeal to kids. Joe Camel is a famous marketing campaign that was aimed at kids as this federal trade commission suit press release noted in 1997.   As this CBS news report noted in writing an article about studies on how vape products are marketed, things like cotton candy flavored vape juice are designed for children to initiate drug use and become life long consumers. 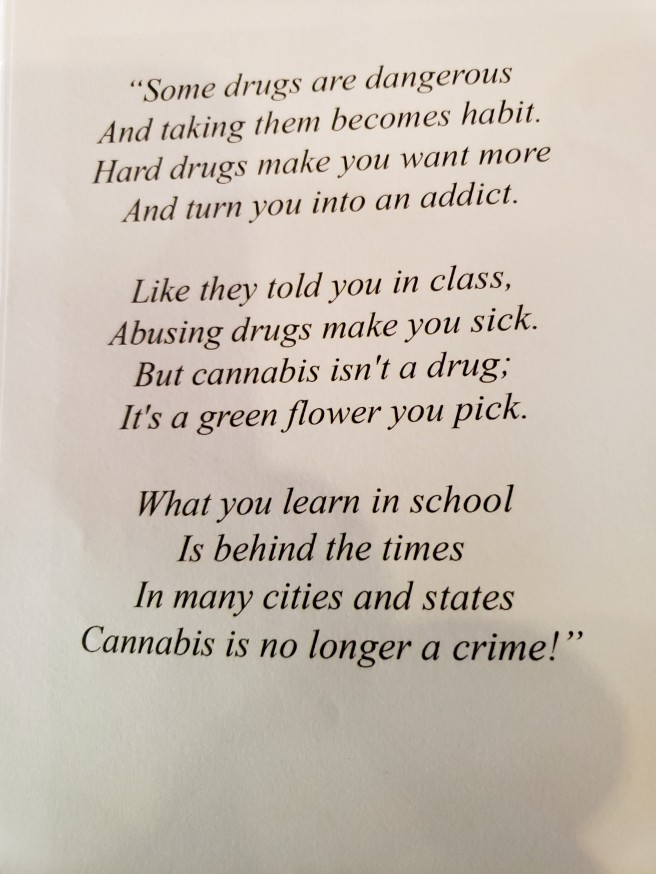 Such efforts to addict young people are as old as the sun and disgusting, but they make a lot of money for companies that sell addictive products. It is an age-old play book. As this article coming out of the University of Massachusetts notes, exposure to marijuana marketing on social media is not only widespread but also associated with recent use of marijuana by adolescents. Cannabis candy and brightly colored packaging are ways that products are intentionally designed to appeal to children, which is why California moved to ban edibles in the state three years ago. 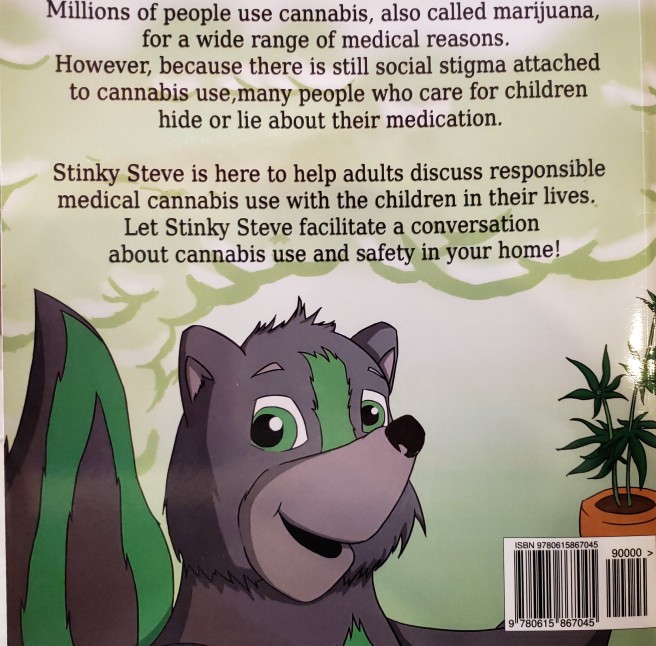 So books like this one – that facially claim to be about educating children about how safe and innocuous marijuana is and even claim that cannabis is not a drug should raise deep concern. It should raise a great deal of attention from legislators and policy makers who are considering any action related to easing access to cannabis to ban hidden marketing to our kids. I personally think that there should be huge fines for such marketing efforts and the proceeds should go to help get kids into recovery, but that is a post for another time.

So whatever your own personal stance is on cannabis and the legalization of cannabis, I hope that you join with me and seek policymakers to take a hard look at how cannabis is marketed to kids and hold these companies accountable.

Our young people are counting on it.

William Stauffer has been the Executive Director of Pennsylvania Recovery Organization Alliance (PRO-A), the statewide recovery organization of Pennsylvania. He is in long-term recovery since age 21 and has been actively engaged in public policy in the recovery arena for most of those years. He is also an adjunct professor of Social Work at Misericordia University in Dallas Pennsylvania. He holds a Bachelors in Social work degree from Cedar Crest College and a Masters Degree from Kutztown University. William Stauffer has initiated numerous workforce expansion initiatives for persons in recovery. A major focus of his work has been aimed at moving our entire SUD care system towards a five-year care paradigm to dramatically expand the numbers of Americans in Recovery while saving lives, resources, and communities. Mr. Stauffer has been a staunch advocate for strong SUD Patient Privacy Protections at both the state and federal levels for many years. He ran a recovery house taskforce for the Pennsylvania that helped inform PA Act 59 of 2017. In 2018, he testified in front of the US Senate Special Committee on Aging on the opioid epidemic and older adults, and in 2019, he conducted a hearing with the PA House Human Services Committee to expand recovery opportunities for young people. He was the 2019 recipient of the Vernon Johnson Award Individual Recovery Advocate of the year. Mr. Stauffer was also the 2002 Recipient of the Lecie G. Machell prize in Social Work and, prior to taking the position of executive director of PRO-A , received Pennsylvania Recovery Organization Alliances award of the Recovery Advocate of the year, in 2008. View all posts by billstaufferpa

One thought on “Marketing Marijuana to Children: Meet Stinky Steve, the Joe Camel of Cannabis”