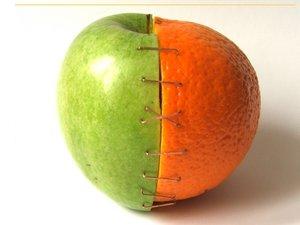 I was perusing past year’s articles in Alcoholism Treatment Quarterly and came across these two:

Article one, as the title suggests, examines Collegiate Recovery Programs (CRPs) and Physician Health Programs (PHPs), their outstanding outcomes, their common elements, and discusses their potential for application to other populations. The abstract introduces them this way [Emphasis mine. The reason will be obvious later.]:

The text of the article adds this:

Both models hold the maintenance of long-term abstinence as the general outcome of choice.

The closing discussion opens this way:

Is a 15% relapse rate attainable? Evidence would suggest that common factors among pockets of highly successful recovery may hold the ingredients needed to ensure low relapse rates for all addiction treatment. CRPs in particular provide an example of recovery supports that facilitate long-term recovery through addressing recovery and quality of life concerns concurrently, while the individual works to achieve greater social capital through education.

Expanding services and support to include broader depth and coverage of socioeconomic, ethnic, and other disparities that exist in the current system is of paramount importance if we are to see real societal change and test the efficacy of the PHP and CRP models. PHP clients, consisting of licensed professionals, obviously garner esteem, social credibility, and seem “worthy” of saving from addiction. In the same way, so do young people who have the wherewithal to engage in treatment and be successful in higher education.

A major underpinning of motivation interviewing is to“meet clients where they are at,”and tailor interventions to their specific stage of change. In abstinence-based programs, however, clients are immediately placed in the action stage of change, even skipping the preparation stage of change that is essential to maintain recovery. Furthermore, this choice is made for them, not only evidencing the inability to do MI, but also the lack of individualized treatment. Despite this disconnect, the abstinence-only approach is still used in many treatment facilities in the United States, with 72% of facilities providing 12 Step-based programs (Substance Abuse and Mental Health Services Administration [SAMHSA], 2017), which are abstinence based and noted as what someone must achieve it to attain recovery, according to the National Institute on Drug Abuse (NIDA; 2016). It is important to highlight, however, that our position is not that 12-Step programs are not useful or ineffective. Conversely, 12-Step programs have withstood the test of time and are a valuable resource for many. What we are suggesting is that 12-Step programs are not for every client and, therefore, should not be the core of treatment programming. Rather, we propose individualized treatment consistent with the underpinnings of MI, which includes assessments, treatment planning, and counseling sessions based on harm reduction, not abstinence. Although abstinence is an excellent goal for recovery, the culture of a treatment agency cannot determine the goals for clients, which obviously is the opposite of individualized treatment. The clients themselves must determine their own treatment goals. MI continues to gain popularity and was reportedly being used in 90% of treatment programs (SAMHSA, 2017). Based on these findings, it seems that many facilities are employing an abstinence-based philosophy while also attempting to use MI. The following sections discuss how MI cannot be used in its fidelity in abstinence- based programs, despite many claiming to do so.

I’d argue that the framing here leaves a lot to be desired.

First, they cite that 90% percent of programs report using MI, but argue that most cannot be implementing MI with fidelity to MI principles because 72% report “providing 12 step-based programs.” IF these are incompatible, who’s to say that the infidelity is on the MI side? Couldn’t it be on either side?

Second, it’s worth noting that the SAMHSA report does not report on programs “providing 12 step-based programs.” Rather, the report tells us how many programs report using “12 step facilitation” (TSF). That distinction is important. The difference between a program that reports “providing 12 step-based programs” and one whose toolbox includes TSF is significant. The former implies that the 12 steps are the foundation for the entire program and are used with 100% of patients. The latter implies that TSF may (or, may not) be used with patients. In fact, the report indicates that 47% of programs report using TSF “always or often.” The survey provides no definition or guidance for “often”, leaving it pretty subjective.

Why would the authors characterize the data in this way? IDK

Further, earlier in the article they present the Minnesota model as representative of contemporary treatment services. However, the same report indicates that residential/inpatient treatment represented only 9% of all admissions in the report, and who knows what portion of that 9% received services resembling the Minnesota model? Another confusing, rather than clarifying, representation.

So, article two appears to say that services with a goal of abstinence cannot be faithful to MI.

Is abstinence an appropriate goal in treatment? And, how should providers determine what goal(s) they want to organize their programs around?

A lot of this comes down to the nature of the problem you are treating, whether the problem is a behavior or a disease.

If we’re treating addiction (whose hallmark is impaired control), then abstinence is the goal that’s going to provide quality of life. AND, as the first article demonstrates, we have approaches that can deliver high rates of success.

If you’re addressing a lower severity problem, harm reduction or moderation are often good ends to focus on. These kinds of users can probably reduce harm and maintain a good quality of life.

Imagine we were discussing some other illness with severe physical, psychological, social, familial, occupational, and spiritual consequences. Further, imagine there are treatments what deliver relapse rates as low as 15%. Imagine there are barriers to engagement and retention in these treatments, and you wanted to use MI to improve engagement. Would it be inappropriate to have services organized around the goal of engaging and supporting patients in these effective treatments?

Which goals should take priority? Engagement rates in these successful treatments, or fidelity to the MI model?

What would we think about a cancer treatment program that takes no position on treatment options, and prioritizes symptom reduction and patient choice over remission?

To me, the authors of the MI article seem to be focused on AOD use as a behavior rather than a symptom of a disease.

It’s worth noting that the word “disease” appears only once in the article, and only when describing the Minnesota model.

I have no quarrel with their high-fidelity version MI model for lower severity SUDs, and I have no problem with it as a model to engage high severity SUDs (addiction) into other effective treatment models. (See posts about gradualism and recovery-oriented harm reduction.)

I imagine, maybe incorrectly, that the authors and I disagree on addiction as a disease.

I believe that addiction is a brain disease, and I like the American Society of Addiction Medicine’s definition:

Addiction is a primary, chronic disease of brain reward, motivation, memory and related circuitry. Dysfunction in these circuits leads to characteristic biological, psychological, social and spiritual manifestations. This is reflected in an individual pathologically pursuing reward and/or relief by substance use and other behaviors.

Addiction is characterized by inability to consistently abstain, impairment in behavioral control, craving, diminished recognition of significant problems with one’s behaviors and interpersonal relationships, and a dysfunctional emotional response. Like other chronic diseases, addiction often involves cycles of relapse and remission. Without treatment or engagement in recovery activities, addiction is progressive and can result in disability or premature death.

Within the field, however, there once again seem to be growing doubts about addiction as a disease.

Many of these models of understanding started outside of the field, but are being brought into the field, knowingly or unknowingly, by new professionals and advocates.

I’m not an expert in MI, but I’m not sure I buy the argument that fidelity to MI demands that practitioners and programs be agnostic on abstinence as the ideal outcome for addiction. And, if it does, I wouldn’t want my loved one in a program that is neutral on the outcome associated with the highest quality of life.

Dirk Hanson offered a helpful observation a few years ago about the relationship between harm reduction advocacy and the disease model.

For harm reductionists, addiction is sometimes viewed as a learning disorder. This semantic construction seems to hold out the possibility of learning to drink or use drugs moderately after using them addictively. The fact that some non-alcoholics drink too much and ought to cut back, just as some recreational drug users need to ease up, is certainly a public health issue—but one that is distinct in almost every way from the issue of biochemical addiction. By concentrating on the fuzziest part of the spectrum, where problem drinking merges into alcoholism, we’ve introduced fuzzy thinking with regard to at least some of the existing addiction research base. And that doesn’t help anybody find common ground.

UPDATE: I suppose it comes down to whether one sees MI as a complete treatment.

No one would ever consider MI a treatment for cancer, but we might think of it as good practice to engage patients into treatment.

If you see your patient’s SUD as a behavioral issue, MI is the complete package.

If you see it as a disease, for which there are effective treatments, it’s a treatment engagement model.