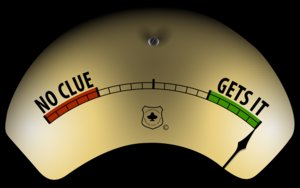 This past winter, John Stroup had a problem.

Roughly one out of 10 applicants for jobs at his factory in Richmond, Indiana, had failed their drug tests, disqualifying them for employment at the safety-conscious company. A handful of the 450 people already working there had failed random drug tests as well.

After a few meetings with board members and addiction experts, he came up with a plan. If an applicant or a current employee failed a drug test, but they still wanted the job, Belden would pay for an evaluation at a local substance abuse treatment center.

People deemed to have a low risk of developing an addiction could spend two months in a non-dangerous job before they are allowed to operate heavy equipment again, as long as they passed periodic random drug tests for the rest of their time at the company.

People at high risk would spend two months in an intensive outpatient monitoring and treatment program, with the promise of a job at the end if they made sufficient progress. On average, Belden figured it would have to shell out about $5,000 for each person it gave a second chance to.

If these workers get good care and achieve stable recovery, how hard working and loyal do you think they’ll be?