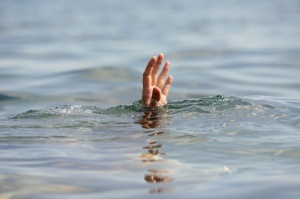 While opioids get all the attention (justifiably, due to the death rates), Marc Schuckit discusses findings from a recently published study of alcohol use and alcohol use disorders (AUD):

The results documented substantial increases in the prevalence of past 12-month drinking, high-risk drinking, and AUDs. The largest increase related to the rate of the most serious problems, AUDs overall, which shot up by 49.4%, from 8.5% in 2001/2002 to 12.7% about a decade later. These figures are limited to the past 12-month, or current, diagnoses and do not include individuals who are in potentially temporary remissions. Respondents with lifetime but not current AUDs are also likely to carry future health care costs through enhanced vulnerabilities for cancers, cardiac disease, and other serious disorders associated with histories of heavy drinking.

The overall changes in prevalence over the decade were even greater for several population subgroups including women (an 83.7% increase in AUDs over the 11 years), African American individuals (a 92.8% increase in AUDs), individuals aged 45 years to 64 years and 65 years and older (with 81.5% and 106.7% increases in AUDs, respectively), those with only high school educations (a 57.8% increase in AUDs), and individuals with incomes less than $20 000 (a 65.9% increase in AUDs). During that same period, high-risk drinking, described using the previously mentioned criteria, increased from 9.7% to 12.6% (a change of 29.9%), with similar subgroups as reported for AUDs demonstrating the greatest increases. The proportion of drinkers increased from 65.4% to 72.7% (an enhancement of 11.2%). Similar results have been reported in other national surveys, indicating that the National Epidemiologic Survey on Alcohol and Related Conditions findings are not anomalies.

What the hell is going on?