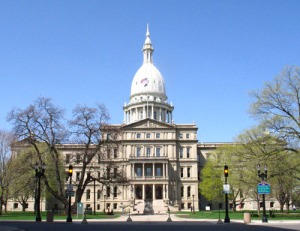 There an article in Bridge magazine that does a great job bringing us up to speed on proposed changes to the funding system. (This is just a portion. Please go read the entire article here.)

For over a year, intense review has taken place across Michigan on a critical matter. How it is resolved will say much about our state.

The governor’s proposal was put on hold after public outcry. Since then, the state has done three major reviews of the issue. Each time, the governor’s plan was rejected.

Next, 45 affinity group sessions were held across the state last fall. Two-thirds of these were for service recipients and families, attended by over 700 people, who stated overwhelmingly they didn’t want MHPs controlling their mental health care. Additionally, the 15 affinity groups for service providers and payers yielded no recommendation supporting the Governor’s proposal.

Finally, the Department of Health and Human Services (DHHS) appointed a 23-person workgroup to develop reports to the Legislature, delivered this January and March. Again, it was recommended that CMHSPs lead publicly funded mental health care and MHPs lead publicly funded care for other medical conditions. It was further recommended that joint CMHSP-MHP programming for shared enrollees be strengthened. These reports had over 70 recommendations, many targeted to improving the state’s mental health system.

You would think that would settle the matter.

However, there are rumblings in Lansing that legislature may not follow the recommendations of these 3 workgroups.

If this concerns you, call your State Senator and State Representative.