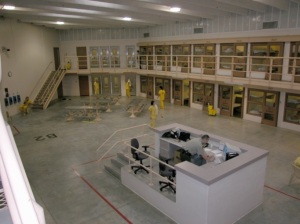 The Huffington Post continues its longform advocacy journalism on the issue of medication assisted treatment.

Jason Cherkis puts his attention on a real issue of rural access to medication assisted treatment by sharing the story of a South Dakota man who travels 350 miles to get his buprenorphine prescription.

Anyone who wants access to this treatment should have access to it and should not have to drive hundreds of miles.

Unfortunately, in making this case, he repeats some of the mistakes of earlier articles.

Parts of it read like a Reckitt Benckiser marketing pitch.

In the U.S., buprenorphine is mainly sold under the brand name Suboxone, in which form it’s combined with naloxone, the drug that can reverse the effects of an overdose. If someone tries to misuse Suboxone by injecting it, the predominant effect will be that of the naloxone, not the buprenorphine. It’s an important safety feature; think of it like an airbag for those with fierce cravings.

Other parts sound like a hit piece on drug-free treatment approaches.

But the U.S. drug treatment system — which is mostly a hodgepodge of abstinence-only and 12-step-based facilities that resemble either minimum-security prisons or tropical spas — has for the most part ignored the medical science and been slow to embrace medication-assisted treatment, as The Huffington Post reported in January.

Now, why did the writer frame the issue this way and fail to also advocate for access to the gold standard treatment? If you care about addicts and you care about choice and you’re an objective reporter, wouldn’t this make sense? There’s plenty to criticize on the treatment system and reasonable people can disagree on treatment approaches, but why be so dismissive of one approach (Without questioning whether common problems are issues related to the type of treatment or the execution.) and so uncritically embracing of the other.

3 thoughts on “Prisons or spas?”