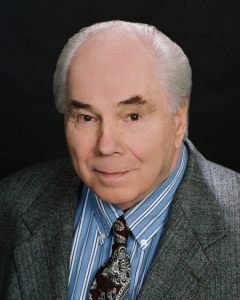 We lost the great Ernest Kurtz last night – and many of us have lost a wonderful friend. Ernie was a brilliant and inquisitive man who helped countless people understand both AA and spirituality in new ways. What a privilege to have known him.

I did not realize that Ernie recently started blogging: http://ernestkurtz.com/blog/

Ernest Kurtz received his Ph.D. in the History of American Civilization from Harvard University in 1978. His doctoral dissertation was published as Not-God: A History of Alcoholics Anonymous. Since then, he has written Shame and Guilt and, with Katherine Ketcham, The Spirituality of Imperfection. He has also published articles and has lectured nationally and internationally on subjects related to the academic study of spirituality. Some of his articles appear in the book, The Collected Ernie Kurtz.

Dr. Kurtz taught American History and the History of Religion in America at the University of Georgia and Loyola University of Chicago. From 1978 to 1997, he served on the faculty of the Rutgers University Summer School of Alcohol Studies and from 1987 to 1997 at the University of Chicago School of Social Service Administration. After a stint as Director of Research and Education at Guest House, then an alcoholism treatment facility for Catholic clergy, Ernie retired to Ann Arbor, Michigan, where he lives with his wife,Linda Farris Kurtz, who is also an educator and author. He continued to travel and lecture widely until 1997, when a botched medical procedure led to back surgeries that only partially restored his ability to stand and walk.

Confined since early 2012 to wheelchair and walker, Ernie devotes time to reading, research, and writing. Since 2002 he has held an appointment as Adjunct Assistant Research Scientist in the Department of Psychiatry at the University of Michigan School of Medicine. His latest book, again with Katherine Ketcham, is Experiencing Spirituality, published in May 2014.