Bill White reacts to a special addiction-focused supplement in the journal Nature with hope and caution:

We should not forget the untoward effects of earlier biological models of addiction.  Such a view rose within the early twentieth century eugenics movement on the heels of the American temperance movement’s proclamation “Drunkards beget drunkards.” The eugenics movement promoted the prolonged sequestration (e.g., inebriate colonies, psychiatric state hospitals) of people addicted to alcohol and other drugs (AOD) and their inclusion in mandatory sterilization laws . . . 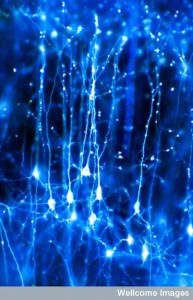 He goes on to cite researchers/advocates who have sounded warning bells. Among them, is this:

In 1998, Dr. Barry Brown also voiced concern that characterizing addiction as a “chronic relapsing disorder” rendered addiction a “no-fault condition” in which continued drug use was neither the responsibility of the drug user nor the addiction treatment professional.  His concern was that such an understanding could potentially lead to social, therapeutic, and personal pessimism related to the prospects of addiction recovery in spite of clinical and community studies revealing substantial rates of long-term addiction recovery.

He also gets into the risks of a model that emphasizes the loss of free-will and responsibility (Note that impaired free-will does not mean no free-will.). Please take the time to read the whole thing.

I’m a believer that addiction is a real disease, and I don’t use that term as a metaphor. However, I share his concerns.

Here are just a few of the concerns I’ve shared about the potential harms of a narrow biological view that frames the disease as a chemistry problem.

This isn’t, in any way, meant to suggest that this we should pull back from this model, that these concerns  will all come to pass or that my concerns don’t cut both ways. (“Medicalization” of chronic disease care has simultaneously brought dramatic improvements to patient care, while also frequently failing to improve health and recognize social determinants.)