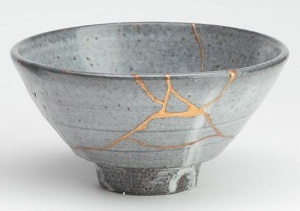 Jim Contopulos writes about the beauty in brokenness he witnessed when his (now deceased) son took him to an NA meeting.

Years before we lost Nick to the diseases of addiction and mental illness, he invited me into a Narcotics Anonymous meeting. I had never attended one, but of course, I said “yes” to his invitation. I loved being with Nick and I loved watching his love for recovery. Immediately following the NA meeting, Nick asked me what I thought. I told him that I absolutely loved it, and that my only wish was that church would be more like this. Although I didn’t understand it at the time, here was my first exposure to true community – a community of brokenness.

To be sure, the men and women who crowd these smoke-filled rooms were broken. Their lives were shattered and in shambles and they needed each other. Desperately needed each other for life. As I continued on in my own room of recovery, I admired them for their courage, their openness, their vulnerability and their humility birthed from brokenness. While I was prepared to admire them, what I was not prepared for, was that I began to envy them. Yes, they are the fortunate ones.

Out of their great need, they built communities of care, honesty, openness, and service to one another. In that atmosphere, they ‘held each other’ in tenderness and understanding, while healing continued. Here, brokenness began to become something beautiful. It began to resemble the ‘upside down’ world that Jesus introduced by His Beatitudes. The world where service to each other is the hallway that leads into the ballroom of mutuality. There is no “us” and “them”; it is “we”.

I envied them, because, apart from these rooms, this ‘culture’ of communion was notably absent elsewhere.

One thought on “A culture of communion”