This is a repost from earlier in the week that has been updated to include an exchange with a commenter that touches upon some important themes in responding to OD and opiate addiction. 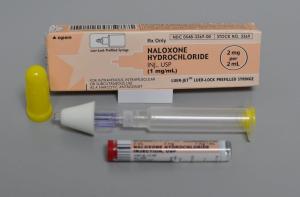 Fulcher [an emergency room physician at Sts. Mary & Elizabeth Hospital in Louisville, Ky.]says he generally supports giving greater access to naloxone, which at one point his ER administered so often doctors felt like they were running a drive-through OD clinic. But he says new laws “totally ignore” the overall problem of addiction and may communicate an underlying acceptance of intravenous heroin use. “Politicians will feel like they’ve dealt with the problem,” Fulcher says.

There’s a comment on Join Together that suggests this is a straw man, that no one says naloxone is enough. There’s some truth to this.

At the same time, how much action are we hearing about to increase access to treatment of an appropriate quality, intensity and duration?

UPDATE:
A commenter expressed concern about Dr. Fulcher’s concern that we “may communicate an underlying acceptance of intravenous heroin use.” In her comment she cited a reseacher (and harm reduction activist) Peter Davidson. The exchange touched upon some important themes. Below is my lightly edited response.

That line made me cringe too. However, not knowing anything about him, I’m willing to give him the benefit of the doubt.

First, you didn’t include an important line from that quote, “‘Politicians will feel like they’ve dealt with the problem,’ Fulcher says.” This changes the context considerably. It makes it sound less like a concern about increased drug use and more like a concern about political indifference.

Second, he’s an ED physician and his reference to ERs feeling like “drive-through OD clinics” suggest he’s witnessing what we see in our community–an OD, naloxone reversal, brief visit to the ED with (at best) a passive referral to treatment, and ODing again, sometimes fatally. It becomes normalized and is not treated like a near fatal event/symptom of a life-threatening illness with a high mortality rate.

Given that, I’m willing to interpret his statement as a poorly worded expression of concern about professional and social indifference to non-fatal OD.

It’s interesting. After your comment I looked to read more on Peter Davidson. I see that he created odgame.org.

While I’m not crazy about the style of it, what really bothered me was the content of the game. If you call 911, the game continues for 3 turns (unless you do something to kill the person). However, if you give the person naloxone, it’s game over, with a pat on the back and instructions to:

I think this is exactly what Fulcher was pushing back against. No mention of getting medical help. No mention of treatment. No hope for recovery. No using this as a window of opportunity to intervene. Mission accomplished and we can feel good about ourselves.

Can you imagine instructing people to use an automated defibrillator on someone who has a heart attack and the care ending there with a congratulations? Or worse, leave them in a public place?

3 thoughts on “Naloxone is not enough – updated”