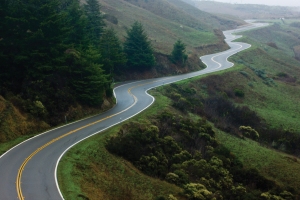 Read this last night on the brain’s “ceaseless reinvention leading to overlapping solutions” and it got me thinking about the long and challenging road ahead of us in developing a really solid understanding of addiction as a brain disease.

For centuries, neuroscience attempted to neatly assign labels to the various parts of the brain: this is the area for language, this one for morality, this for tool use, color detection, face recognition, and so on. This search for an orderly brain map started off as a viable endeavor, but turned out to be misguided.

The deep and beautiful trick of the brain is more interesting: it possesses multiple, overlapping ways of dealing with the world. It is a machine built of conflicting parts. It is a representative democracy that functions by competition among parties who all believe they know the right way to solve the problem.

As a result, we can get mad at ourselves, argue with ourselves, curse at ourselves and contract with ourselves. We can feel conflicted. These sorts of neural battles lie behind marital infidelity, relapses into addiction, cheating on diets, breaking of New Year’s resolutions—all situations in which some parts of a person want one thing and other parts another.

These are things which modern machines simply do not do. Your car cannot be conflicted about which way to turn: it has one steering wheel commanded by only one driver, and it follows directions without complaint. Brains, on the other hand, can be of two minds, and often many more. We don’t know whether to turn toward the cake or away from it, because there are several sets of hands on the steering wheel of behavior.

Take memory. Under normal circumstances, memories of daily events are consolidated by an area of the brain called the hippocampus. But in frightening situations—such as a car accident or a robbery—another area, the amygdala, also lays down memories along an independent, secondary memory track. Amygdala memories have a different quality to them: they are difficult to erase and they can return in “flash-bulb” fashion—a common description of rape victims and war veterans. In other words, there is more than one way to lay down memory. We’re not talking about memories of different events, but different memories of the same event. The unfolding story appears to be that there may be even more than two factions involved, all writing down information and later competing to tell the story. The unity of memory is an illusion.

One thought on ““ceaseless reinvention leading to overlapping solutions””