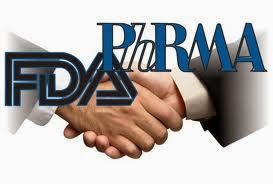 A new article in JAMA Psychiatry reports on demographic differences in heroin use since the 1960s. These findings are entirely congruent with Dawn Farm’s experience:

And the “type” who’s addicted to heroin has shifted considerably over the years, according to the new study. In the 1960s, the average heroin beginner was 16 years old, a minority male, and from an inner city. Now, the average age of first use is 23, and more new users are men and women from suburban or even rural areas: 90% of new users in the last decade were white. And, the study found that most heroin users – 75% – had migrated to heroin from a previous prescription opioid drug addiction.

“Our earlier studies showed that people taking prescription painkillers thought of themselves as different from those who used heroin,” Cicero said. “We heard over and over again, ‘At least I’m not taking heroin.’ Obviously, that’s changed.”

The article is behind a paywall. It’d be interesting to see if it provides a more granular look at the trends. We saw a shift in the late 1990s as heroin purity rose and price came down. This allowed new initiates to snort and smoke the drug, rather than inject. This appeared to lower the threshold for experimentation.

3 thoughts on “Demographics of heroin”