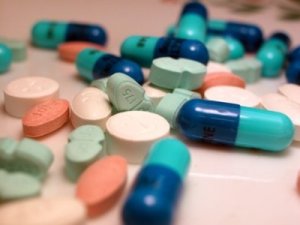 We can see that this body of evidence stretches over 50 years and that it tells a consistent story. The worry that antipsychotics might increase the risk of relapse showed up in the NIMH’s very first one-year study. It showed up in Bockoven’s retrospective study. Next, it showed up in three long-term studies funded by the NIMH in the 1970s. Researchers then offered a biological explanation for why these outcomes were occurring. The WHO’s cross-cultural studies found better outcomes in poor countries where few patients were maintained long-term on antipsychotics. MRI studies identified a drug-induced change in brain morphology that was associated with a worsening of psychotic symptoms. Researchers who developed an animal model of psychosis concluded that drug-induced dopamine supersensitivity leads to treatment failure over time. Wunderink’s randomized study revealed a higher relapse rates between years two and seven for the medicated patients. Finally, Harrow’s long-term study, which is the best such study that has ever been conducted, found that the medicated patients were much more likely to be experiencing psychotic symptoms over the long term.

So, the real question now is, how much of the disability persistence we see associated with SPMI (severe and persistent mental illness) is iatrogenic?

We’ve long fought to delay diagnosis of mental illness in addicts to avoid false diagnosis, not just because of concern for accuracy, rather out of concern about the harm that can result from it—the effects of the medications, the adoption/imposition of a “disabled” identity, the low expectations and the passive role of the patient.

There are other models for their use.